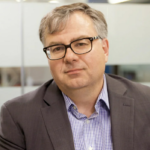 Dr. Boro DropuliC, Ph.D., M.B.A is the Chief Science Officer and General Manager of Lentigen Technology Inc (LTI), a wholly owned subsidiary of Miltenyi Biotec GmbH. Prior to LTI, Dr Dropulic founded Lentigen Corporation in December 2004 and served as its Chief Scientific Officer and President. Previously, he was the Founder and Chief Scientific Officer at VIRxSYS Corporation, where he successfully led a multidisciplinary team to initiate and complete the first lentiviral vector clinical trial in humans. Prior to that, Dr. Dropulic was an Instructor and Adjunct Assistant Professor at The Johns Hopkins University School of Medicine, where he was the first to develop an HIV-based vector targeted to inhibit the replication of the HIV/AIDS virus. He was previously a Fogarty Fellow at the National Institutes of Health, where he worked on developing transgenic animals using embryonic stem cell technology, understanding molecular aspects of HIV replication and gene therapy for HIV/AIDS. Dr. Dropulic obtained his Ph.D. from the University of Western Australia, focusing upon how viruses gain entry into the brain to cause encephalitis. He also holds an M.B.A. from The Johns Hopkins University and a B.Sc., with honors, from the University of Western Australia. Dr. Dropulic has served on a number of committees, including grant review committees at the NIH, EU and CIRM, and as a member and Chair of several committees for the American Society for Gene and Cell Therapy.

Check out the incredible speaker line-up to see who will be joining Boro.

The browser you are using is not supported that will prevent you from accessing certain features of the website. We want you to have the best possible experience. For this you'll need to use a supported browser and upgrade to the latest version.