We respect your privacy, by clicking ‘Watch On Demand’ you agree to receive our e-newsletter, including information on Podcasts, Webinars, event discounts and online learning opportunities. For further information on how we process and monitor your personal data click here. You can unsubscribe at anytime.
Watch On-Demand
This FREE webinar was recorded on:
January 21, 2016
11:00 AM - 12:00 PM EST

The pharmaceutical industry and its members are constantly plagued with obstacles in an ever-changing environment. This webinar will address industry-specific challenges that are relevant to the present day such as growing cost pressures, new regulatory requirements, and increased globalization. We will explore solutions to these issues including supply chain efficiency, investment in compliance, and differentiation from competitors.

Benefits of viewing this webinar:

Industry Challenges to be addressed:

Solutions to be Discussed: 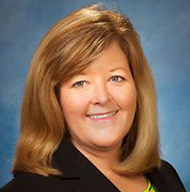 She began her career at FedEx in 1983 in Revenue Operations. In 1998 she joined the Global Trade Services team in Systems Design and Development and became the Manager of that area in 2001. In 2003 she moved to FedEx Express Business Solutions as Manager of Global Scanning Solutions and subsequently became Manager of SenseAware Operations in 2011. In that role she led initiatives to expand the SenseAware service offering to 29 countries and obtained flight allowances for 27 commercial carriers. These achievements helped to establish SenseAware as a broad-based global service offering.

Donna received the Express Five Star Award in 2009 and was a Purple Promise Quality Award winner and Quality Driven Management Cup Finalist in 2013. She holds B.S. and M.B.A. degrees and is a facilitator and trainer for the FedEx worldwide management development program. 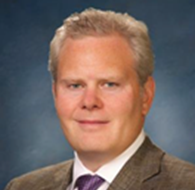 Growing up alongside the company in Memphis, Tennessee; Richard developed a deep passion and understanding of the valuable role logistics serves in connecting people and goods, and in creating economic growth. He received the top FedEx employee honor, the Five Star Award, in 2012 in recognition of his outstanding contributions to the business. In 2010, he was voted one of Memphis’ “Top 40 Under 40” by the Memphis Business Journal.

Prior to his current role, Richard joined FedEx Services in 2005 as a Senior Solutions Analyst. In 2007 he became a Manager over Supply Chain Solutions. He was promoted to Managing Director of Life Sciences & Specialty Services at FedEx Express in 2009, and in 2013 he gained the U.S. International department of Global Trade Services. He is currently the Vice President of Global Trade Services as of April 2014.

Richard earned his undergraduate degree from George Washington University and his Juris Doctor from the University Of Mississippi School Of Law. He serves on the following Boards: The Greater Memphis Chamber (and its Aerotropolis Steering Committee as well as its Chairman’s Circle as a Co-Chair), the Coalition of Services Industries and Launch Tennessee. He is also a member of the Executive Council of the Center for Healthcare Innovation (CHI).

We respect your privacy, by clicking ‘Watch On Demand’ you agree to receive our e-newsletter, including information on Podcasts, Webinars, event discounts and online learning opportunities. For further information on how we process and monitor your personal data click here. You can unsubscribe at anytime.
Watch On-Demand
Sponsored By: