Although artificial neural networks have been used in pharmaceutical research for over 20 years, recent advancements have increased interest 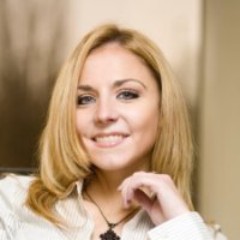 Artificial Neural Networks (ANN) are becoming the tool of choice for many industries due to their ability to replicate the brain’s way of functioning. This includes taking incomplete or unstructured information and making sense of it by detecting the underlying patterns and similarities. It also means connecting the dots and even creating new ideas by rearranging existing information.

The network functions by taking the input in the first layer of neurons, propagating it forward through the hidden layers and regulating it by comparing the expected output with the real one.

In the pharmaceutical industry, this thinking network has numerous applications across drug design, drug testing, optimization and studying drug interactions. Here are a few uses, mostly taken from this comprehensive academic study, but the list can continue with any non-linear problem which implies pattern detection.

Finding the optimal formula for a specific drug usually takes years of research, trial and error and expensive testing. Not all steps can be eliminated to cut costs significantly, however ANNs can help. Pre-formulation is an essential step in the design of new substances. Having some information related to the properties and behavior of some mixtures and feeding these into the neural network as inputs, trains the system and makes it able to predict the outcomes from other similar substances. As early as the year 2000, some research institutes embraced this approach and had been able to accurately predict substance behavior, in the case of polymers.

It’s not enough to design new drugs; sometimes these have to be optimized for different parameters such as absorption in the bloodstream or active substance release. This idea has already been used for aspirin, ketoprofen, and diclofenac.

Using ANN for optimization solves the problem of multi-objective simultaneous optimization, which is incredibly necessary in the case of drugs which combine more than one active substance and the beneficial effects have to be considered in close relationship with adverse side effects.

The most critical success indicator in the pharmaceutical industry is the real world replicability of the results predicted by the studies. Neural networks are a great tool for these studies due to their ability to look at multiple variables at the same time. The in vitro predictions of ANN are usually very close to the in vivo results.

One example where this method proved its capacity was focusing on timing the drug clearance time from the patient’s body through the liver function. Another study focused on evaluating the absorption of the active substance in a drug for those with the illness and a healthy control group.

When developing a new drug, it’s important to understand which factors could act as inhibitors of the active substances. This helps to either select a more suitable chemical formula or to increase the concentration. All these studies rely on the idea that there is a strong correlation between the biological results and the physicochemical composition.

Before neural networks, the testing was done through mechanistic models which have a lower predictive power. The best thing about ANN is that it has little to no bias. The ANN solution can be used for a wide range of computations, and it offers great results in identifying those substances which can act as markers of certain conditions.

ANNs are also a good choice when striving to find the chemical properties of compounds. The difference from current methods resides in the fact that the neural network outperforms the other approaches, especially in the case of more complex substances, as the increase in the number of variables does not affect the algorithm linearly.

Even more predictable processes, like the menstrual cycle, can benefit from ANN’s predictive power and improve the quality of life for the patient. This accuracy can be especially beneficial when a woman is trying to conceive.

The pattern recognition abilities of neural networks make them perfect for protein classification, and sequencing the DNA/RNA. A study as old as 2001, correctly classified 371 out of 387 proteins with the use of ANN, thus having a success rate of 96%. This could tremendously speed up the annotation of the human genome or more time sensitive tests such as paternity recognition.

Other applications include the ability to predict protein structures in the presence of drug molecules, a process necessary to study safety and side-effects.

Due to their ability to predict outcomes and identify underlying patterns, artificial neural networks can be also used in pharmacokinetics (PK) and pharmacodynamics (PD). Specifically, these are great for monitoring multiple PK interactions in systems. Also, the ANN has already been successfully employed in the prediction of PD parameters including drug clearance rates, protein-bound fractions, and volume distribution.

Compared to traditional dose prediction methods, ANNs offered better results than conventional models since it doesn’t require additional structural details and proved robust regarding errors. It is also advisable since it can handle sparse data well.

Last but not least, neural networks can act as alarm clocks in the case of diagnosing diseases which are harder to pinpoint through simple lab testing. For example, most forms of cancers can be non-lethal if discovered soon enough. Other medical conditions which can become dangerous, but are manageable include cardiovascular risk, Alzheimer’s disease, liver conditions and prediction of outcome in various surgery. In combination with one of the previously mentioned features, it can be used to predict individual patient’s response to specific drug combinations, thus leading the way toward personalized healthcare.

The idea of using artificial neural networks in the pharmaceutical industry is not a new one. In fact, judging by the number of studies dating back to the mid-90s to early 2000s, it is an idea that has always been around, it has just yet to  attention. The current explosion of uses and talk around ANN is putting the necessary emphasis on this tool and stimulating interest from the medical and business communities.