Pfizer has now lost the final round in its long running legal battle to secure its second medical use patent for Lyrica (pregabalin).

At all three levels of the UK courts – Patents Court, Court of Appeal and the Supreme Court – the neuropathic patent has been held to be invalid. The Supreme Court also held that even if the claims were valid, they would not have been infringed.

Lyrica is a $5 billion-a-year drug, acting as both a treatment for epilepsy and neuropathic pain. In the third quarter of 2018, Lyrica was responsible for $1.3bn of worldwide sales.

The Patent Court, Court of Appeal and the Supreme Court have found the neuropathic patent to be invalid

Lyrica was initially developed solely for the treatment of epilepsy. However, further research showed it could also help patients suffering from neuropathic pain. This soon became the drug’s main market.

The associated epilepsy patent for Lyrica expired in 2013, which allowed generic drug makers Mylan and Actavis (now Allergan) to enter the market and sell low-cost Lyrica alternatives. To protect its lucrative sector of the pain market, Pfizer obtained a secondary patent for Lyrica beyond the life of the original patent.

The expiry of the basic patent on Lyrica allowed generic drug-makers to launch cut-price versions of pregabalin, which carried a “skinny label” limiting their use to epilepsy and general anxiety disorder. Pfizer argued that generic formulations by Allergan (Actavis), Mylan and others were being used to treat pain before the expiry of their pain-related patent, thereby infringing their protection.

In October 2016, the Court of Appeal held that the Lyrica patent was not being infringed by the generics. The Supreme Court has made clear in their majority decision that the patent claims relevant to the pain and neuropathic pain indications are invalid. The Court also removed the patent protection for the manufacture of the drug for treating both peripheral and central neuropathic pain. The claims related to inflammatory pain are valid, however market authorisation is lacking.

RELATED: Why you should strive for continuous improvement in pharmaceuticals

Pfizer’s response to the judgment

In an official statement, Pfizer said they were disappointed by the ruling as the decision will have a significant impact on the incentives for further innovation in public health.

The company highlighted that “the period that a medicine is under patent is a critical phase in its lifecycle that fuels innovation – as science evolves and knowledge grows, patients increasingly benefit from ongoing research into new uses for existing medicines”.

“As situations such as these are expected to become more common, it is important for patents that pharmaceutical companies are able to protect patents, including second medical use patents” the statement continued.

Potential further battles from the NHS

Due to Pfizer’s second patent protecting the use of its product, NHS England advised general practitioners to only prescribe Lyrica for the treatment of neuropathic pain. According to research by the British Medical Journal, this saw the proportion of prescriptions for the Lyrica version of pregabalin rise fro

Research estimates that Britain’s National Health Service (NHS) could have saved £503m ($653m) if the product had come entirely off patent by September 2015. Speaking to the case, Darren Smyth, Partner at EIP, said “this is an enormous blow to Pfizer. It faces claims running potentially into hundreds of millions of pounds if the NHS seeks to recover the excess costs”.

An NHS England spokesperson said that “clinical commissioning groups and the NHS nationally have been tracking this legal case and will be deciding on the right next steps on behalf of patients and taxpayers”.

Pfizer has been preparing for an expected loss of patent protection in Europe and the US. During the course of the case, the secondary neuropathic pain  patent for Lyrica in Britain expired.

In their Q3 financials, the company notes their application seeking paediatric exclusivity for Lyrica in the US, which would extend its market exclusivity from December 30, 2018 to June 30, 2019.

At present, Pfizer is not expecting any generic competition for Lyrica in the US until 2019.

Frank D’Amelio, CFO of Pfizer was positive about the future growth of Lyrics post loss of exclusivity (LOE). He said “… when we get the full year effect of Lyrica LOE, beyond that we clearly believe there’s an opportunity to expand our margins”.

Have you heard our podcast episode with Pfizer on digital transformation in Pharma? 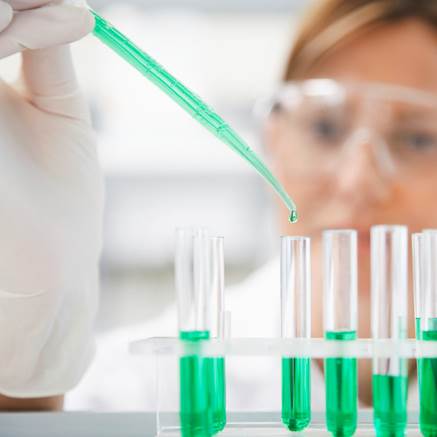