The speakable and unspeakable mathematics of epigenetics

The founder of contemporary epigenetics and British experimental biologist C.V.Waddington (1905 -1975) made a real mathematical discovery in 1940s. He discovered a very interesting geometrical object which he called " multidimensional chreod". (1,2 ) A chreod referring to a set of factors that determine a process or result. 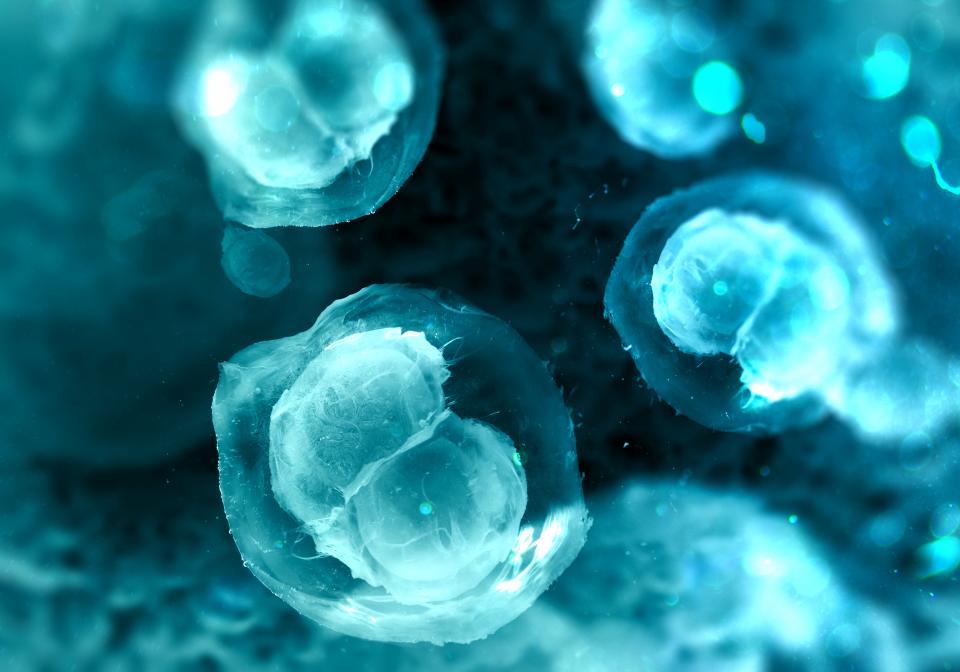 A complete understanding of how transcriptional precision is achieved during embryonic development is still unfortunately illusive. However, today's biologists assume that embryonic development is directed by some unknown "director layer" which is supposed to be some "differentiation wave" (5). These layers have the stable points that are the origin of biochemical events triggering later differentiations.

As is known, however, we are dealing with embryonic processes that are not very finely controlled in their details. Hence, it would be unreasonable to submit such migration of individual cells to the control of some mysterious stable plan.

Instead, biologists consider such a self-organized process as biochemical super-event in which only the final result is relatively well known, while the individual paths of the cells in embryogenesis are comparatively uncertain.

Thus, hence, the conceptually simplest model of embryogenesis is represented by "mosaic" model, in which each part of the egg has its destiny fixed from the very beginning.

The so-called "gradient model" is also based on some simplifications. For example, it is assumed that all embryogenesis is locally controlled by a system of local coordinates realized locally by some hypothetical biochemical magnitudes.

Alternatively, there are some biochemical constants in the embryo that enable each point inside the organism to be localized. In some versions of the gradient model, embryogenesis is controlled by some unknown function of some unknown nature.

At least, in model of "programming modules" is assumed that organisms contain large genomes that "encode" exact information for when and where genes should be switched on and off. Such sort of information is "encrypted" in cis-regulatory sequences known as transcriptional enhancers.

Transcriptional enhancers, thus, are key determinants of embryonic development as they integrate multiple inputs from programming modules, which control the precise and complex spatio-temporal patterns of gene expression (6).

Conrad Waddington developed a gradient – like model of embryogenesis where all morphogenesis is locally controlled by a system of coordinates realized locally by an unknown geometrical structure (or chreod) and some general morphological field.

A Waddington's chreod is best thought of as an arrow (vector) that can point to any direction in zone of influence of the chreod ( or the bifurcation zone or - umbilical zone). Waddington defined such phase - integral technique as "an epigenetic landscape with cusped canalizations"(2,3).

Two or more chreods can exhibit correlations, which means that the state of each chreod is not independent from the rest.

In his cybernetic paradigm one chreod could be the successor of few chreods. Generally, the same chreod can have several systems of parent chreods, and, conversely the same parents can give birth to several configurations of chreods!

Thus, generally, in agreement with Waddington, a sequence of stable transformations of embryogenesis of some space-time could be directed or programmed by an organizing center consisting of an algebraic structure outside space-time itself.(2,3)

The next installment in this series will be made available shortly.